In my spare time, here and there, have been tagging and categorizing my posts back to 2003.  I got to November 2005, then just found a way today to import all the comments from Livejournal!  This is exciting as I just don’t get to Livejournal much anymore so this way all my comments both from WordPress and Livejournal are in one place!  And this pleases my computer geeky self

Any Live Journal readers here that were on my friends list in the mid 2000s – if you want to add this blog that would be great.  It’s fun re-reading your comments now as I re-add them [all the posts were imported in on private and I have to edit and tag each one] – it will take me a while to get them all in but hopefully in a few months all the comments to the posts that I have put on WordPress will be added (not all my Live Journal posts are on WordPress, so some comments will still only be on LJ – – -)

Have had a few things done to the house recently – some unsafe wiring fixed and getting some drains cleaned out.  It will be nice to have all that done for winter!  We had to clear part of the attic so in the process brought the tree down. It’s in my bedroom – we’ll probably put it up sometime this weekend without decorations.

Can’t believe the holidays are around the corner – refuse to change the background yet of my blog – ha ha – but will choose the layout and probably change it right away on Friday!

Took difficult square roots test in Algebra yesterday – hope I did all right.

Taking Ryan to his hearing evaluation today for school – it’s at our deaf school in Mayfield.

Have lost 10 pounds since September but no more – need to get back on that.

I am downloading this Acrobat book – looks fun to check out!

I love Google. I made an IGoogle page a few months ago and the thing that completely made my day is that I could have Pacman on there (among other fun things like Frogger, Checkers, and Hangman!!). I was addicted to Pacman in the 80’s, and was known for going into savings to buy quarters to play Pacman at the mall on break. Ms. Pacman specifically …

I also have a to do list on IGoogle, and a calendar. And (ahhh, beautiful) webcams of North Carolina.

And lest we leave anything else out about Google — gmail? Google Desktop Search? Google web search? Google groups? Picasa?

Hello – my daughter came home to get on her computer as usual (hers and rog’s) and it doesn’t boot, just has a flashing yellow light. eek

I read a little on the internet about this light and it doesn’t sound good. It’s a Dell Dimension 5150, I think, okay, let me get the specs — they’re below.

Anyone know what I should do next? Conveniently, it’s out of warranty.

At least we were running Mozy, but not on everything. I can restore her crucial documents on the new spanking partition of my new hard drive, at least….

END_OF_DOCUMENT_TOKEN_TO_BE_REPLACED

and their home page that is my start page every day http://thundercloud.net/start/index.htm

and where they featured me from my entering (on a whim!) this: http://thundercloud.net/start/featureyou.htm

(2020 – wow, wish I could see that, above.  too many years gone by.  Glad to see CloudEight is still valid site!  I miss using stationery….)

I have always loved using email stationery, and CloudEight has been my main stationery source since probably about year 2000 at least (just guessing in my head!). They also have a forum with postings on computer safety about issues such as spam, viruses, and related issues. Their stationery and other designs are declared virus free and I have always had super luck with them and they are varied and beautiful.

which I am a great fan of – I am a gold member.

Check them out – they’re awesome!

And thanks, CloudEight, for featuring my blog!

Glad I didn’t upgrade yet – I was about to!

Our water froze up today so I had to try and keep my boys happy who due to their special needs don’t understand the meaning of NO BATH now IT’S BROKEN.

Chris got so frustrated he grabbed my hand in the process somehow jammed my finger. I can type fairly well after icing it, but it hurts still. I don’t know if it’ll hurt more tomorrow or less — sigh.

I guess it’s just sprained – would think I couldn’t type at all if it was broken, right? Writing is much harder – can’t write barely at all.
END_OF_DOCUMENT_TOKEN_TO_BE_REPLACED

I was blogless for a week and boy was that rough!  Now to copy over my themes, look up new ones, and figure out how to get my header, footer, and sidebar settings back —

I stayed up too late working on backgrounds — this site is very cool! http://ljlayouts.org/ I tried to do this one: http://ljlayouts.org/layouts.php?location=generator5 (the wishing and hoping one) and got as far as getting the images and everything on there but they were repeating all over the page! Oh well, will keep playing. I just don’t know how to get the image to not be over the top of the words, but at least figured out how to make the right margin over so my text isn’t off the page.  (2020 – not sure why I bothered to “link-code” those sites – figured they wouldn’t work, and they didn’t — livejournal layouts must be completely “out” at this point — gotta love 2006—miss it somewhat!!!  😉  )

Now, to bed! Thanks Angela for all your prior help on this! I may need you again when I’m ready to try the hoping and praying images….

END_OF_DOCUMENT_TOKEN_TO_BE_REPLACED 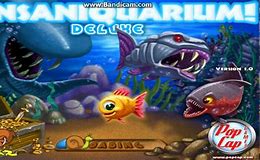