Video from a local lightshow off of a local road that we will greatly miss!

Another Post-Pandemic year to contemplate, the Lord has brought us all here through again!  Prayers to those of you ill, suffering, or just tired of dealing with all the insanity, and praying for a blessing to touch you now and in the new year.

18 “Forget the former things;do not dwell on the past. 19 See, I am doing a new thing! Now it springs up; do you not perceive it? I am making a way in the wilderness and streams in the wasteland.
No matter how it seems, we have to trust God is doing a new thing!!!
https://www.youtube.com/watch?v=aAP1qd0KecI
1990 Song by DC Talk, Nu Thing, about our Great God!
The former members of DC Talk are now Toby Mac and also Michael Tait of the Newsboys…

To minimize load time I put all the pictures on a separate page.  Please take a look, I wanted to make a snapshot of our whole year!  I will put just a few here — then click the “Read More” if it shows up. Blessings!!

Our prayers to those who still have COVID and other illnesses in 2022/23; may this calm down and ease, and may there be no lasting bad effects.

ROGER – He had a well-deserved break from school after going through Christmas (he said, like I did when I went, “never again at Christmas if I can help it!”).  He went approx. March-June and again Sept.-Oct.  He is doing super well and going back here once again Jan. 2.  I think he may have about a year left.  He also still does (as do I) data entry at home periodically, and we still take 1-2 trips a year out of town, along with some shorter day trips.  He (and I!) also work as Direct Support Personnel workers over the weekend.  We enjoy some precious time together when we can, and he cooks some great dinners for us, and we also like to go up to either Painesville or Concord Family Restaurant sometimes!!

DORENE – I never did do any more transcription, which I spoke of last winter.  When I added up everything I’m doing between DSP work for the boys, data entry, substitute teaching, and just doing everything else we need to do, it just got to be too much. I seemed to have found a good balance of working almost full time on the weekend, then working maybe two days a week as a substitute teacher.  I enjoy getting to know the kids at the schools, and spend most of the time with Broadmoor and the special needs kids at Fairport, and also get to some of the Riverside Schools, Painesville City, and the preschools.  I also wish I could get more blogging time but seem to only do this yearly letter!  We have been trying to play guitar more, and we do play songs every so often for the boys…

CHRIS – Our biggest breakthrough with Chris this year was that he finally got a med injection for his psoriasis, as it was not improving at all through 2022.  I had mentioned in the end of ’21 newsletter that he would have a sedated dental cleaning, with a biopsy for the psoriasis, plus blood tests and a sedated hearing test.  However, when we went to the dentist we found out he could not have this done until after March of 23 with his insurance, so instead we had to just focus on the psoriaris.  We tried to have blood tests to rule out which type he had, but although he did fantastic for the test, he just could not sit still enough for a safe blood test.  Therefore after all that we found out his doctor could do a simple TB test for him to get the Skyrizi shot, so in approx. June he had approval to get the Skyrizi shot!!!

All arrangements were made for Skyrizi shot, but after several delays by his insurance and denials, the drs. office finally said they would just use samples, that they had enough.  He FINALLY got a Skyrizi shot in November, saw a remarkable improvement, then another December ’22 with hopefully more improvement visible!!!  He will now have the shot every 12 weeks, and we are so grateful.  So far we have seen no side effects.  We hope this headed off any psoriatric arthritis that may have started, as he had been more agitated as the year went on.  Prayers continue to be requested for his recovery and stability, as this is a life-long condition once one has it….

Chris is still doing well at workshop, and enjoys going on field trips that they go on now, especially to the Chinese Restaurant!

COLLEEN – An event-filled year for the daughter, as she went in March or April and got all her training for being a professional dog groomer!!!  She had to drive to Macedonia and got the training, did a super job!  One terrible event during that time that still gives me chills, is for some reason her hood didn’t latch correctly and it popped up WHILE SHE WAS DRIVING on 271 North by the 480 area!  God had all of his angels with her as she was able to pull onto the berm WHILE not being able to see, and safely stopped out of traffic’s way.  It also did not break her windshield.  She called us, and we came and were with her waiting for the tow truck.  Boy it makes our hearts stop to think of it, so grateful to God for keeping our girl from harm.  She had to pay for new hood as, unfortunately, no full coverage.

She also struggles here and there with the power steering column malfunctioning, which seems to be an electronic proboem that there isn’t a cure for, and it also happens mostly when raining and warm, so it is odd.  Winter seems to be the best driving situation for her car!!!  Shortly after April or so she moved to a new place, and is living with friends and seems very happy with pets as always and a pretty roomy place!!!  She works so much we hardly see her, and really celebrate seeing her when we can do so!!  We are glad she was able to train for a job she really enjoys grooming her precious dogs.

Ryan is still working making dog biscuits and doing the popcorn shop, and he seems to love it!  You can still purchase popcorn at the above store and also get at Pawfection grooming in Concord and IGA in Perry. The dog biscuits are also at Pawfection.

This year the class is also actively helping package food for the homeless, and roll up silverware and wipe menus at another location.  So neat to see him involved in regular work tasks.  Ryan did not get to get his dental cleaning/sedation/hearing test/blood test this past year due to staff shortages.  It is scheduled for February 9, and we sure hope it happens.  We are eager to get his hearing formally checked and start the process for hearing aides again, just as we hope to do for his brother.

The big news also then is Ryan will be all done with high school next year when he turns 22! Hard to believe! He had graduation with his high school in ’20 at the same time as his school peers. But next year he will graduate again with his vocational school peers, most likely in June of 23. So that will be exciting. Also means LIKELY I’ll be mailing snail mail cards (yay!) which I had to take a break from this year, and you hopefully will all get Ryan’s newest graduation picture then!  Prayers as we see what he will do after this stage of his education!!!

MLK weekend we got a huge snowstorm that may or may not have been lake effect, I can’t recall now.  We ended up with over a foot of snow, and we had to wait a long time to get out of the house due to being snowed in!!!  That was a crazy amount of snow that we have not gotten again since.  We were inside all of MLK day, and then schools were all closed on Tuesday also.  I don’t remember if there was a lot of snow after that, last winter.

Then this year we had another lake effect storm around 11/14, where WE personally did not have a lot of snow, but there was a lot of snow EAST of us which closed the schools including one where I was supposed to work.  (Our boys had school).

That very day I started to feel sick, with a nagging cough and slight runny nose. I know this sounds like COVID but it was not.  Two negative tests.  What it ended up being was a bad cold and 3-4 weeks of laryngitis!  I had a worse case in 2019 that lasted longer, but this one was still pretty major.  Luckily though that was all it was, and it faded away finally with no ill effects.  Just couldn’t talk well for about three weeks and couldn’t sing at all for about 2 more weeks.

Of course Christmas then followed immediately and as usual at a hectic pace.  We had a HUGE blizzard with not as much snow as expected but frigid temps and wind.  We tried to eliminate a lot of extra things both due to blizzard and also just a lot going on, and just made it about friends, family, and gratefulness for the Babe in the Manger…. 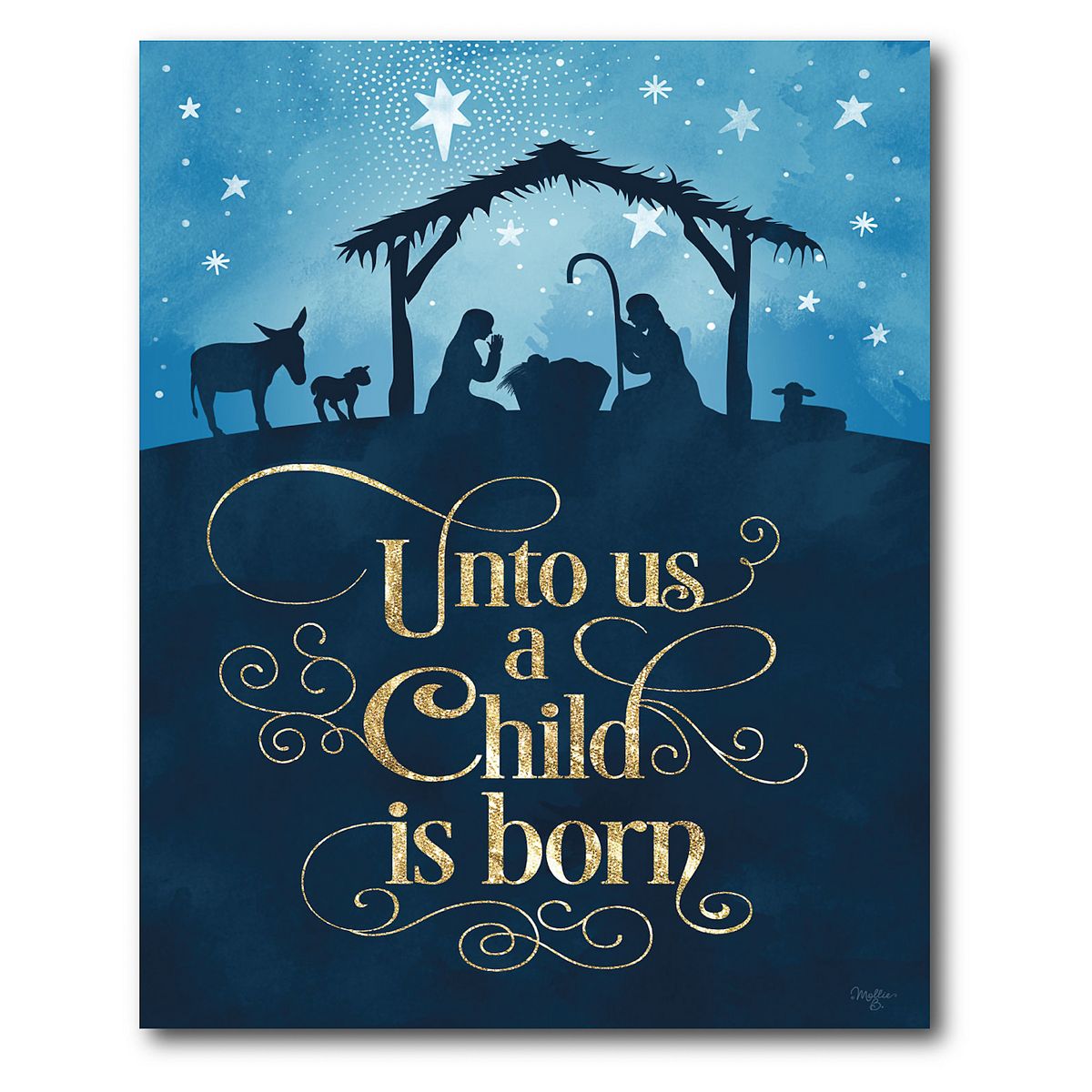 BUSINESS BLOG/INFO line-bright.com This is the area where we will be explaining more about both of our businesses, summarizing my legal transcription, and discussing Roger’s court research position. We have also in 2020 added other areas such as a review and listing of our local parks, which can be very helpful this year in entertaining our kids! My “book” is also on there in HTML format – a lot of my high school friends will remember it – I never finished it but still hope to! Ask me for the password…. It’s dippy but I still am glad I have it…. (2021 note, I have temporarily (i hope?) lost that password, have to fix that at some point!)